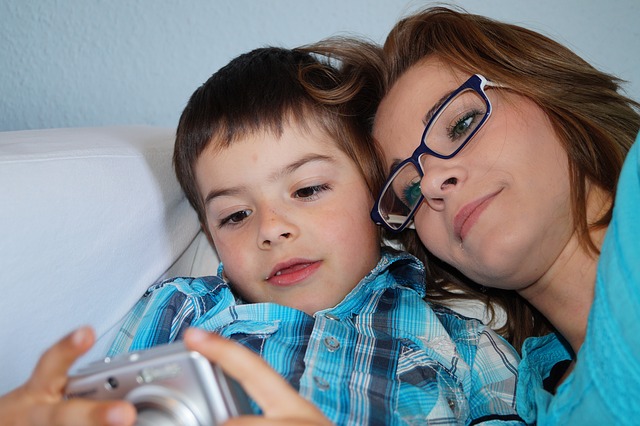 Homeschoolers that I work with and encounter conscientiously teach their own with the greatest of goals. While not all, but many of these families also face learning challenges in their children. When we work together to determine the missing pieces in the learning process or set up an academic plan, parents begin hopeful, but often times become overwhelmed and fall into a number of pitfalls. Sometimes parents set themselves up to fail when they adopt another person or school’s expectations. Here are some that I have observed:

As you approach the holidays, the summer or any break think about how you can maintain progress rather than find your child struggling to get back on track or losing ground.

Homeschooling parents tend to think about the annual assessments for their children towards the end of the year. Unless your state requires a specific time of the year, consider doing at the beginning of the year – especially if this is your first year of homeschooling. No matter when you do it, you should use your child’s test results to plan for the new homeschool year.  In around 20 states these tests are required by their homeschool laws. Washington State is one of those and allows for two types – standardized and non-test assessments. When you have the option, choose the one which fits your family / child best.

Whether your state requires annual assessments or not, you can gain valuable information from these experiences. Other than “the homeschool law requires assessments” these may prompt you to have your children tested:

Unlocking Learning Potential provides a number of assessments for homeschoolers in any state via video conferencing year around. For more information:

One more thing: Remember that testing is only part of your evaluation of your educational program. These assessment tools may tell you much, but remember many of the things that assessments cannot measure. 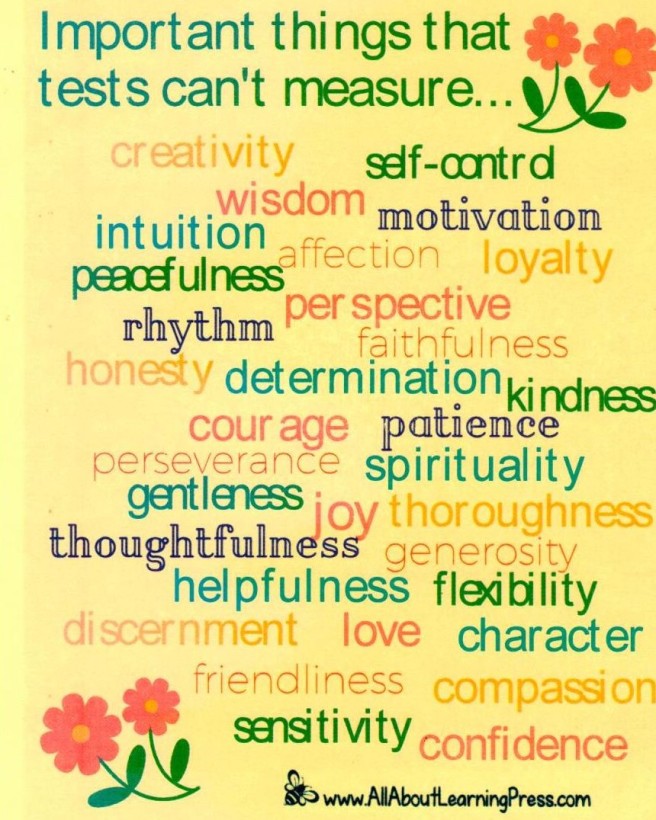 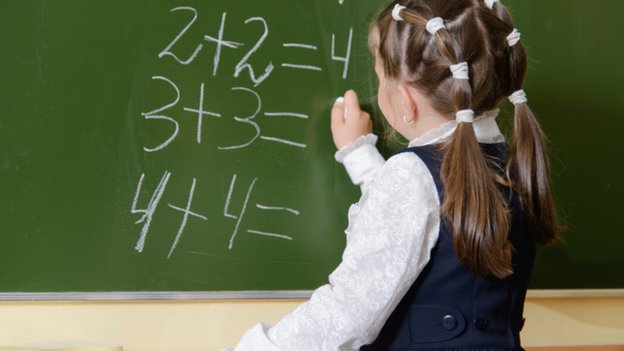 As your new homeschool year approaches (or has arrived) you may still need some help for a math curriculum that works for your elementary aged child. You need to remember that there are three areas of math to cover: facts, computation and concepts. If math has already become a struggle for your child, then you will especially want to break math down into these three areas. Spread math over the course of the day with short sessions covering these areas in separate sessions.

Since math skills build on each other, home educators find it helpful to use a “Scope and Sequence” for navigating through math. Downloadable lists of skills can be found on the Internet. By including math facts, computation and concepts you can prepare your children for Algebra, Geometry and beyond.

Whether you  homeschool in Washington state or in another state…think about record-keeping.

I have often asked graduates of Able to Teach, a state-approved parent-qualifying course for those wanting to teach their own children in Washington, “Based on your understanding of the homeschool law, what records do you plan on keeping?”

Generally, I get parts or all of the following:

Since the only document that the law requires you to submit is the Declaration of Intent (or maybe in your state nothing is required), one might ask, “Why keep records at all?” Here are my answers:

First, and most importantly for yourself:

Second, it is always better to have records if any one of the following occasions mentioned below occurs. Do not let this scare you, because if you are ready you will have the records to show the appropriate authorities (not just anyone who comes to your door).

Finally, transferring to a school. It is always the receiving school that decides the requirements for enrollment and what they will accept.

I also encourage parents to consider having a conversation with their children about their “grade level and school.” While Washington State’s truancy laws (Becca Laws) do not target homeschoolers, occasionally they might be mistaken as truants. Older children may be out of their home during school hours if they are part of homeschool activities or even work. More than likely any one questioning them will be satisfied with “I homeschool” at the least or “here is a copy of my declaration of intent” at the most.

Parents may want to talk with their children to be sure they understand that homeschooling is legal and a good choice for their family. Also, if the child is working at a different grade level for different subjects they may not know their grade. For the most part it doesn’t really matter, but if someone asks a child, “Where do you go to school?” or “What grade are you in?” they will be more confident if they know how to answer.

There is no one right way to keep records! You can keep what is most helpful to you and that reflects that you follow the homeschool law in your state. Happy Homeschooling!

Maggie Dail has taught for over 40 years and worked with homeschoolers full time since 1994. She has been teaching Family Academy’s Able to Teach, parent qualifying course since 2003. www.familyacademy.org

We have finally arrived at Braverman’s final chapter and recommendations:

Once you have followed the six steps, Braverman recommends the Daily Smarts:

Monitor diet and mood by keeping a journal

Read something every day to increase intelligence

Take your medication, nutrients, and hormone therapies as prescribed.

Sleep to restore and reset your brain. P. 253

I recommend that you purchase this book to get the many specifics that I left out including the Braverman Brain Advantage Test.

What parts of this book have you found helpful?

Part III – Your Brain, Your Body

Braverman reminds us that “almost every illness of the body wears down the brain. The brain burns up when metabolism is out of control; it swells in an inflammatory response to an immune system issue; it dries out as it calcifies from bone density loss; it rusts from exposure to metals and toxins and it gets choked to death from a diminished ” P. 229

“This is why the cascade of poor health is so often experienced in the following order of events.

The body ages when brain speed declines– over the next few pages Braverman lists the physical health breakdowns and the brain chemical deficiency. P. 231-233

Then on pages 234-235, Braverman has a chart that shows diseases that affect cognition.

Frequently, he has mentioned things like, “By following the Braverman Protocol, you can take your health into your own hands by first making small but significant lifestyle changes.” P. 236

One interesting thing Braverman said: “Seizures occur on a continuum: anxiety, depression, insomnia and panic are on one end, and epilepsy on the other.” P. 243

“Brain Training reverses tinnitus” according to a Washington University School of Medicine in St. Louis (2011) p. 243

Dr. Braverman counsels the reader to “work with your doctor to reverse disease and restore your memory.” He says to “start with the very best physical.’ He lists 12 different ultrasounds and scans that he would include in such a physical. P. 248-250

After dealing with life-threatening conditions, Dr. Braverman would use his “steps of care” using the mildest options first and progressing as needed. P. 250-251

Next time we will finish up the last chapter of the book with Braverman’s “Daily SMARTS.”

We have finally arrived at Braverman’s sixth and final step for “preserving and improving memory and attention.” (cover)

Braverman spends this chapter listing medications that he uses with his patients when other things do not work by themselves. These medications enhance the brain chemicals mentioned in this book.

This reviewer is not a medical doctor and for her, personally, prefers using all of the other possibilities before taking prescribed medications.

We are set to finish up with Part III – Your Brain, Your Body

“The correlation is particularly important because your hormones control different aspects of cognition at each of the developmental stages of life.”

Natural Hormones are one choice for menopausal women – “We now know that MCI and menopause are dynamically related.” P. 206 Braverman writes about “what menopause looks like” and that “perimenopause precedes menopause.” Then he speaks of “men menopause too.” P. 208-211

Health Benefits of Physical Exercise Include:

“If you constantly engage in mental and physical activities, particularly those that get more difficult as you progress, you can increase your cognitive reserve.” P. 178

He suggests rotating through the types of activities on different days of the week.

Braverman gives further advice that will maximize this process. P. 193-194

Now for Braverman’s 10 Rules for a Younger, Smarter You:

Regional Specialties are also brain-boosting agents – Braverman continues this step with charts on dining in Africa, Asia, Central and South America, and Europe. He continues with helpful points on what questions to ask when eating out. P. 161-167

Dr. Braverman provides charts of nutrients that make you smarter. He recommends a supplement called “Revertrol.” He calls it “Reverse it all.” P. 168-169

He also reminds us that “not all supplement brands are equal.”  He has his own brand: Total Health Nutrients available on www.pathmed.com p. 175

Next time we will learn about Step Four: Exercises That Boost Your Brain